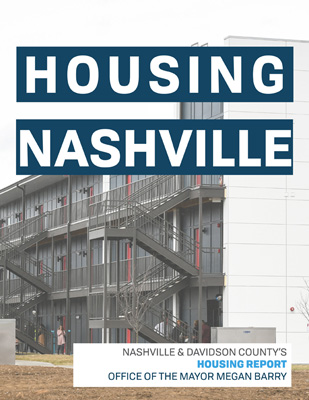 The Client
City of Nashville, Tennessee

The Project
As a result of strong employment and population growth, the City was experiencing affordability challenges, gentrification, and displacement not only among its vulnerable populations, but along a broader spectrum of its working populations.

Our Role
EPS was contracted to evaluate the feasibility of adopting an inclusionary zoning ordinance, evaluate alternative housing policy solutions, and to provide a framework of data for setting goals in the Mayor’s Housing Plan. Through community and stakeholder engagement, research, and analysis, EPS evaluated the feasibility of establishing a mandatory or voluntary form of inclusionary zoning.

Outcomes
Tailored to the constraints on municipal power and limitations of state legislative action, the City ultimately enacted two ordinances: 1) voluntary inclusionary zoning; and 2) a housing incentives program, which allowed the City to reimburse rental developments the difference between the affordable and market rate rents.